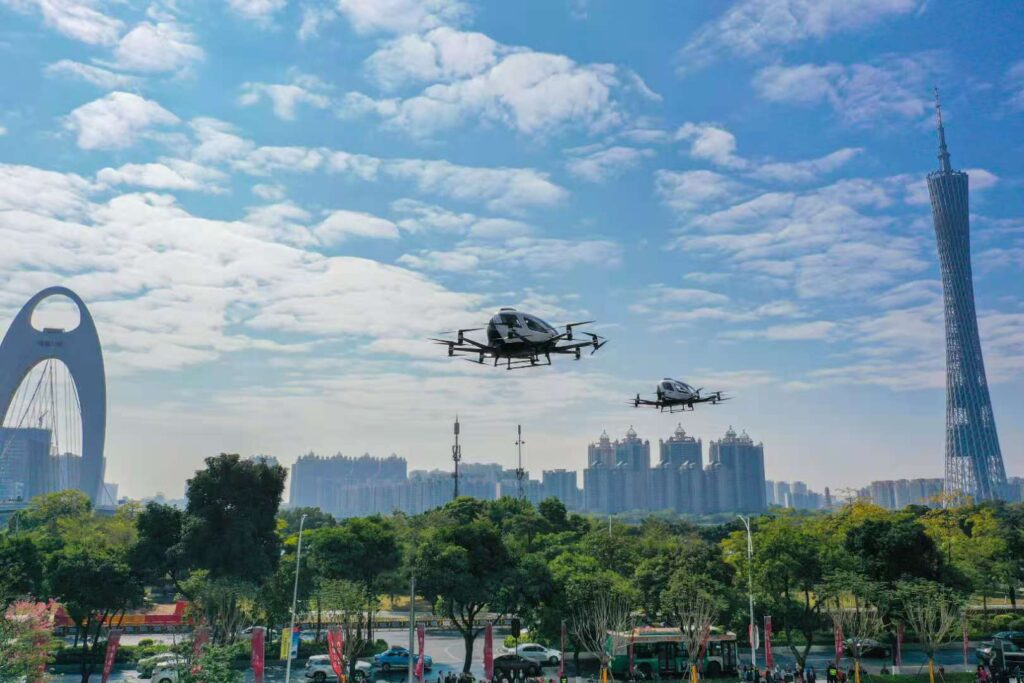 AMU-LED assumes that current U-space responsibilities and services will have to be extended to cope with the particularities of the missions and business cases that are specific to Urban Air Mobility (UAM) such as passenger and cargo transport. However, the rapid pace of UAM development poses a challenge for the timely development of regulations and standards and raises questions regarding interoperability and global harmonization.

The two most influential regions in the world for developing and setting standards are the US and Europe. Work on traffic management for UAM/AAM is evolving at pace in these regions, but there are already some noticeable differences.

The FAA and NASA have both published Concepts of Operation for UAM, targeting near and longer term maturity levels respectively. These ConOps have allowed NASA to define a series of scenarios for simulation and flight test, that they are testing with industry partners through the AAM National Campaign. In Europe, the U-Space regulation has already been published, with Acceptable Means of Compliance (AMC) and Guidance Material (GM) to follow soon. While this regulation does not target UAM, it does encompass UAM, and is likely to form the basis for any future adaptations to accommodate UAM operations. Simultaneously, SESAR is funding large scale demonstrations, one of which is AMU-LED, which will demonstrate how U-space services and solutions could support integrated UAM.

Traffic management for UAM is expected to be challenging considering plans for operations over populated areas in complex and congested airspace. The regulatory framework and standards will therefore need to be synchronised and coordinated with the development of the future UAM ConOps, its associated UTM services and the certification of UAM vehicles. This is no easy task especially considering planned timelines for UAM operations.

The first-generation of UAM aircraft will be piloted and this provides an opportunity to utilize current ATM rules supported by UTM services. However, there will be a healthy appetite for increasingly automated and potentially autonomous flight to scale operations. With every challenge comes an opportunity. U-space can be an accelerator of the traffic management innovation life cycle, facilitating faster, lower risk adoption of new technologies or approaches (automation, AI, cloud services) which are key components of the future UAM and UTM operating systems, and ultimately the future ATM system as well. This has actually already been agreed to by industry, the details of which are contained in the Strategic Research Innovation Agenda, Digital European Sky.

In addition to the work in Europe and the US, other countries are also working to make UAM a reality, most notably in China, Singapore, Brazil and Australia. UAM will play a prominent role in reshaping aviation. Electric aircraft, utilizing rapidly advancing technology, will provide sustainable alternatives to move people and cargo by air.

Traffic management for UAM will also be different and could be costly from both an economic and efficiency perspective if we do not have agreement on requirements for international operations. The key challenge is therefore to ensure that current and future work feeds into a future regulatory framework based on harmonized standards and concepts of operation to facilitate the timely implementation of operations both regionally and globally. The sooner we start the better, because the longer we wait, the harder that convergence will be.