The AMU-LED Open Demo Day in Spain, led by the Instituto Tecnológico de Galicia (ITG), took place in the city of Santiago de Compostela on September 28th and 29th. The event was completed with two unmanned air taxi flights at the Rozas aerodrome in the city of Lugo, on October 3rd and November 10th.

The Cidade da Cultura, an architectural complex designed by Peter Eisenman and intended for cultural uses, was the chosen setting. In this location were installed the flight operation center, the presentation room and eight of the 11 vertiports involved in more than 30 performed operations, both real and simulated.

Later, practical explanations were held at vertiport number 2 and there was a visit to the ATCC (Air Traffic Control Centre), previous to the round table discussion “U-space: Cornerstone of Urban Air Mobility”. The programme was completed on the 28th with a meeting of the AMU-LED Advisory Board. 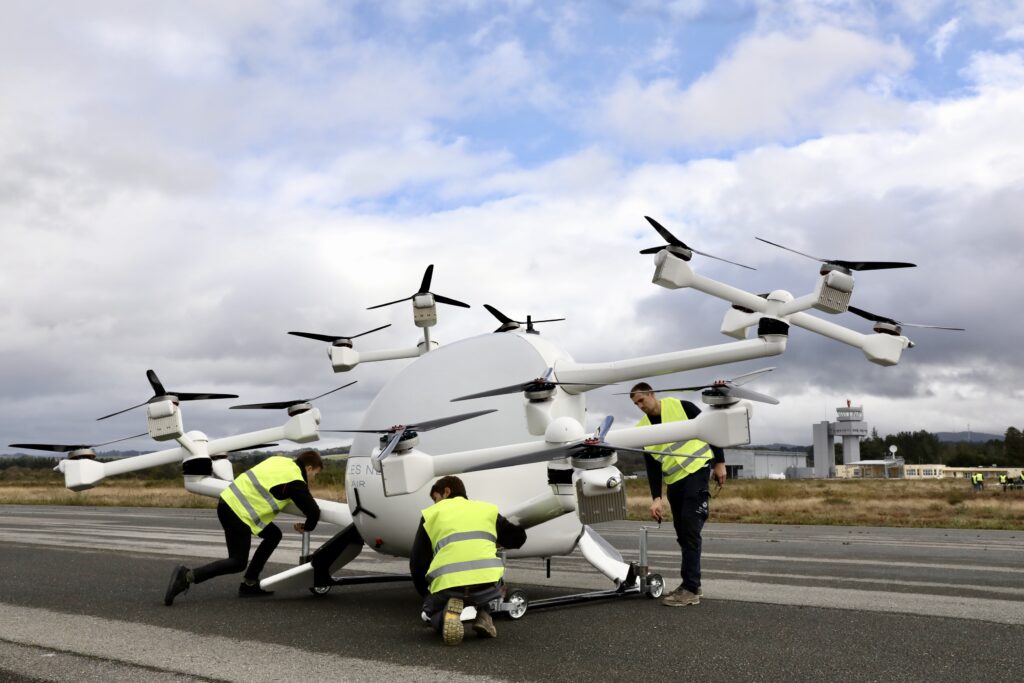 During the afternoon of the 28th and the entire day of the 29th, ITG, AXEGA, Cranfield, Catec, INECO, EHang and Airbus operators carried out several planned activities. More than 30 operations in inspection flights, aerial photography, surveillance, freight transport, air taxi flights (simulated due to aeronautical authority restrictions), as well as priority public service and telecommunication missions. All of this is focused on the five main set objectives: 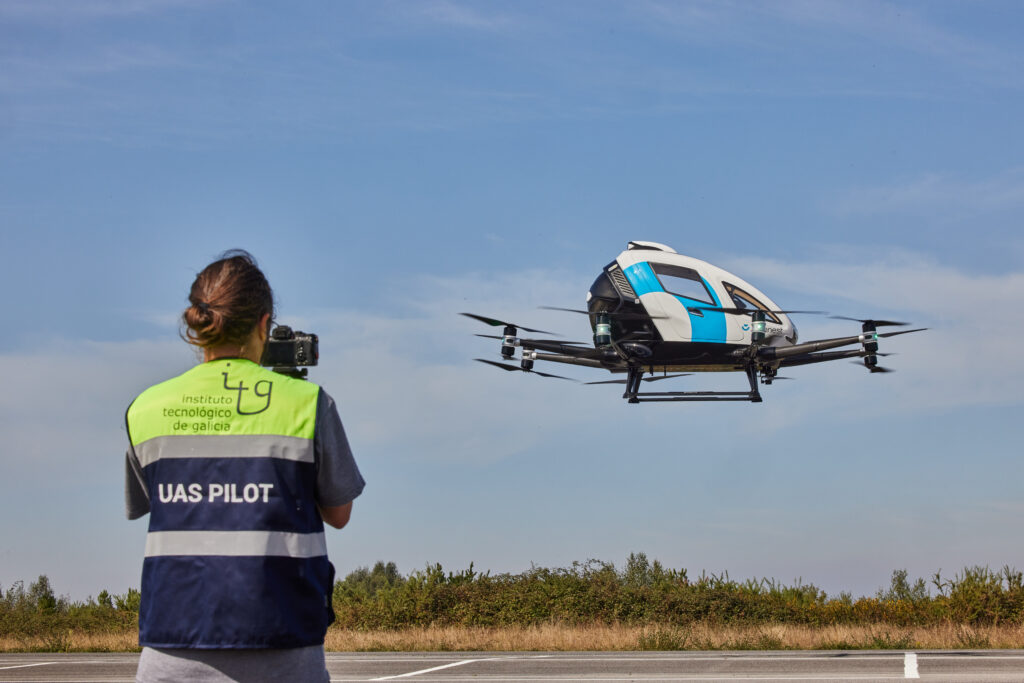 ITG engineers also coordinated the tests at Rozas Aerodrome facilities, which hosted the flights of two different aerotaxis: the Chinese manufacturer eHang and the Spanish company UMILES Next, equipped with TECNALIA technology.

On October 4th, it took place the flight of the EH216, an air taxi from the manufacturer eHang. This electric-powered aircraft can carry up to 250 kg (enough to transport two people over a distance of 35 km) and reach a speed of 130 km/h. The flight was monitored by the U-Space AIRUS service platform developed by ITG and NTT DATA, which enables the efficient and safe integration of UAS into airspace. During the tests, the air taxi performed 4 flight missions combining simulated light drone traffic, which enabled the demonstration of the AIRUS system’s ability to react in real time to different contingencies, such as deviations from the flight plan, runway obstacles and restricted areas in the air.

The eVTOL Concept Integrity by UMILES Next, equipped with TECNALIA technology, was tested on November 10th. The air taxi is the first Spanish-made electric-powered air taxi and is designed to transport one person and cover urban distances of 15 kilometres in 15 minutes. The AIRUS platform provided during the flight the ‘Common Information Services’, and together with Anra Technologies Software also provided the air traffic management services.