With the Horizon SESAR JU Very Large Demonstrator project AMU-LED we take the opportunity to not only demonstrate how complex scenarios with multiple types of unmanned aircraft can safely be performed in an urban environment, but we also actively engage with the public. The first conclusions of a local research study show that the general public has a neutral and you might say even positive attitude towards the use of drones in an urban environment. That is not to say they are not concerned about safety and privacy issues with urban drones. However, they relate this to the use of smartphones and other smart devices that already have a large impact on privacy. We also know that drone applications with a clear societal benefit lower the barriers of acceptance even more. But what social benefits are we talking about? 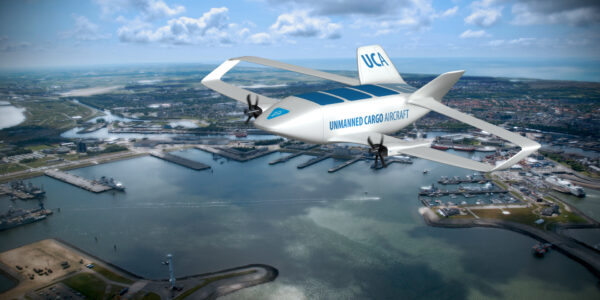 With the arrival of Urban Air Mobility, a new industry has emerged that creates new business activities. Marc Sandelowsky, director of Space53: “Compare this new market to mobile phones. To make them valuable you need apps, antennas that provide connection, factories to produce them and a sales market. So, you have to build an ecosystem”. Eventually the new industry will create hundreds of jobs in a few years. “We are not going to develop drones that already exist, because East Asia is already the market leader in this area. We are not going to be competitive.” It’s different when we talk about large drones that are able to transport people and goods. “We have come a long way with the development of this type of drones and above all, production can take place here,” says Sandelowsky.

Safety & security are important areas of application that are already making good use of the help of autonomous drones. At the moment it is still the case that if the control room is alarmed, it takes about fifteen minutes to assess the notification and to mobilize the right emergency services. “The verification and preparation time take too long. That can be done in a much shorter time,” says Abeje Mersha, professor Unmanned Robotic Systems at Saxion University of Applied Sciences. He shows how his flying robot, which is equipped with all kinds of different sensors, responds to an alarm: the docking station opens, the drone flies to the designated location, collects information, immediately sends this information to the control room, so that action can be taken at lightning speed. “This technology makes the difference between life and death.” At the same time, a drone maps the situation in such a way that an unnecessary turnout can also be prevented. Mersha points out the importance of such a system for fire brigades. “Safety is crucial and takes time. Drone technology ensures that the fire brigade has all necessary information within a minute by which they can immediately estimate how to fight the fire.” The fire brigade of Twente has already been using the system which makes them a pioneer in this field in Europe. An autonomous drone can also be used to secure a business park by using motion sensors that are linked to the drone system, to map a traffic accident and for forensic investigations. This extra pair of ‘smart eyes’ can be vital in emergency situations.

A delivery drone is a solution to a different problem. Sandelowksy explains: “We order a lot of stuff online. As a result, dozens of vans and buses drive through residential areas to deliver parcels. That is undesirable. Suppose there is a, centrally organized, joint drone delivery service.” He sees a lot of potential in such a collective service and infrastructure, because drone flights can be regulated via a ‘flight company’. “You register your flight, which prevents everyone from having to have their own drone.” Knowing this, let’s move on to ‘the big stuff’: cargo drones and drone taxis. An expensive helicopter or plane are currently the only alternatives if you want to transport goods and people by air. In the European project AMU-LED, the consortium partners are investigating the integration of this type of transport in order to assess safety, sustainability, security and public acceptance.

Hands in the air

Drones are also able to carry out inspections and maintenance work. The drone’s camera captures images of the object to be inspected or maintained, which will be converted into a 3D image. By applying artificial intelligence, damage and deformations are automatically identified and categorized. Mersha is involved in the MARS4Earth project, in which the drone is not only equipped with cameras and smart sensors, but also with a controllable robot arm. With this extra pair of hands and eyes wind turbines, large buildings and bridges can be maintained from the air. This technology eliminates the need to carry out risky work at great heights, resulting in safer working conditions.

A number of drone applications and their societal value have been mentioned. Of course, we realize that there is still a lot to gain in terms of privacy, social ethics and legal implications. At Space53, these aspects are included in the entire development process of the drone ecosystem. Psychologists and ethicists participate in the project groups to ensure that the population is prepared to deal with flying objects. “The question is how we can use this technology to contribute to the well-being of the city. When we build a valuable network of flying objects, it is necessary that citizens also see the added value,” says Sandelowsky.

According to a study by the Dutch Ministry of Infrastructure and Water Management into the perception of drones, it turns out that many respondents approve of drones being used for social purposes, like in emergency situations (86%). It is important that the drone is recognizable as an emergency service, for example through the use of colour (84%). When it comes to crowd control or inspection, the degree of acceptance is lower.

Steven Dorrestein, lecturer Ethics and Technology at Saxion University of Applied Sciences, tells us that technologists are not so concerned with adoption of their technology unlike himself. He mentions possible consequences: “Wrong use is lurking, violation of privacy, jobs that disappear, sustainable use of materials, noise disturbance.” Psychologist Peter de Vries of the University of Twente discovered in various studies that ‘Unknown makes unloved’. “The less people know about drones, the more easily they form an opinion about them. Communication and transparency are essential. People are especially concerned with privacy and data collection. Who is the owner? What is the drone doing? Things change when you know who owns the drone and why it’s flying above you.”

All topics mentioned in this article come together in the AMU-LED project: a demonstration in a complex urban environment. Including a local airport that is used for general and business aviation, a demonstration scenario with high societal relevance and a clear vision on the procedures, systems and safety measures. This all needs to be in place to simulate how future UAM operations will be integrated in our busy urban environment.