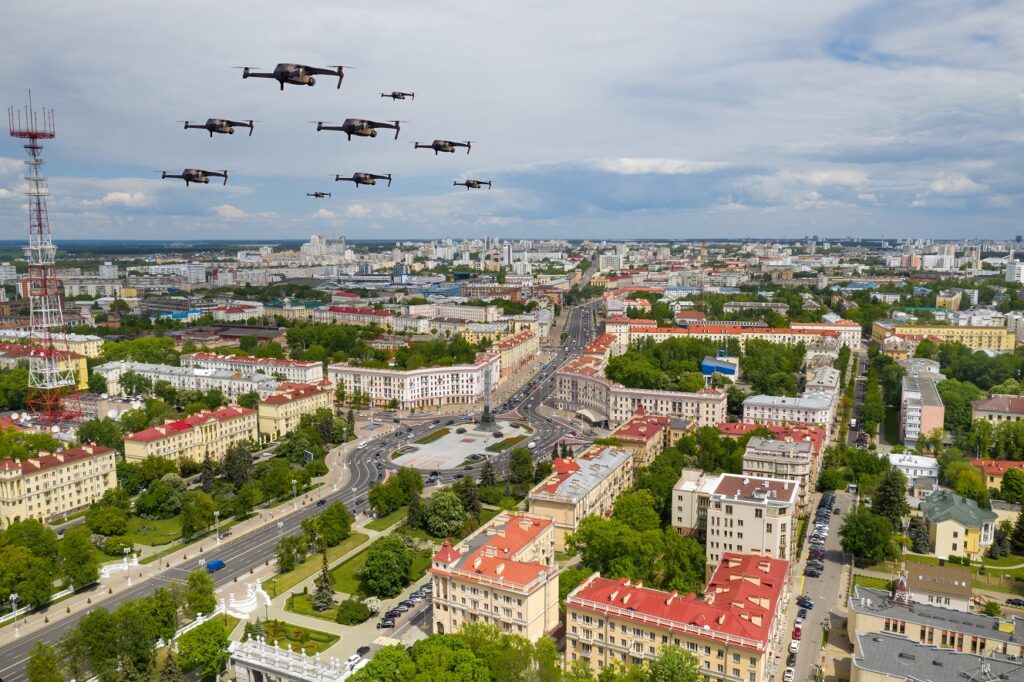 When looking at a not-so-distant future, it seems clearer every day that drones will be part of our skies. From last-mile deliveries to taxi services, without forgetting recreational drones or first-time responders, there are plenty of initiatives across the world to incorporate Unmanned Aerial Vehicles (UAV) into our life. In Europe, projects like AMU-LED are exploring how unmanned aerial systems (UAS) can be integrated into urban environments through the deployment of U-space and live together with citizens and manned traffic. However, before urban air mobility (UAM) becomes a reality, industry need to overcome a considerable number of challenges in the coming years.

First, there must be a common understanding between manned and unmanned aviation on how to operate in the same airspace. The skies are not empty. Today, we can already see helicopters and other aerial vehicles in our skies. Also, airports and aircrafts are an important part of some cities, like in the case of metropolis like Amsterdam or other cities like Santiago de Compostela. Therefore, the co-existence of both type of vehicles must be addressed prior to allow recurrent commercial UAS operations in cities.

The latter also brings another challenge, which is the current or expected level of automation in manned and unmanned worlds. Traditionally, aviation is controlled by Air Traffic Controllers and analogical communications are widely spread, especially when talking about general aviation. Nevertheless, unmanned operations in cities will be digital and linked to the development of U-space (see previous blog). It is of utmost importance to define procedures and find common technology and protocols to share information between UTM and ATM. Also, drones are more affordable and easier to us than manned vehicles, which will in fact lead to a democratization of drone usage and therefore, to thousands of simultaneous operations in some cities. That can only be managed by an increase in the level of automation, first to ensure simultaneous drone operation, but also to reduce the workload of ATC in case they need to intervene to ensure safe operation of manned traffic, for example, close to airports.

Another bottleneck is the lack of ground and CNS infrastructure and how to integrate it in cities that are smarter year after year. From one side, drones will require vertiports and other areas fully dedicated to take off and landing, but also to carry out specific use cases (passenger transport, cargo delivery, emergencies…). These drones will need their own “handling” services such as electric charge or maintenance. And finally, CNS infrastructure is needed to allow them to fly under control and share their position.

Last but not least, UAM will have to gain public acceptance. While according to EASA survey regarding Urban Air Mobility, European citizens have a positive initial attitude to UAM and understand the potential benefits, it is also true that they (we) are also concerned about safety, security and environment & noise. A careful analysis of the impact and implementing mitigation measures to ensure a good acceptance between population is essential for a successful deployment.

Much remains to be done in the coming years, but community and industry have put together technology and attitude to overcome the challenges. Now it is time to get down to work.

AMU-LED project, among other EU proposals, is working hard to address these and other challenges. You can find some of our ideas in the first version of our CONOPS already available in our website which will be validated during our flight campaigns in UK, The Netherlands and Spain.